COP 26 ended a year ago with by Senator John Kerry that it was the final opportunity for nations to unite in the battle against climate change. Countries made commitments at that time to cut back on coal consumption, stop deforestation, and seek financial aid for developing nations that were most severely impacted by drought and flooding. However, a year has gone, and while COP27 is taking place, it appears that many nations have done little to alter this despite having expressed agreement.

Considering that the present temperature is currently 4 to 5 degrees higher than it was during pre-industrial times, the topic of global warming has been brought up frequently in public or in the media. According to the most recent United Nation (UN) assessment, nations continue to lack a clear plan to keep global warming below the previously pledged 1.5 degrees. The UN predicts that this century’s Earth temperature increase of up to 2.5 degrees will result in humanitarian catastrophes. This prediction is supported by a number of published scientific research.

David Waskow, director of the international climate program at the World Resources Institute, claims that in order to stay below 1.5 degrees Celsius, humanity must reduce its usage of coal by six times what it is now doing and reduce its consumption of meat to approximately two burgers per week. In addition, he claimed that conflict, rising fuel and food prices, and other challenges continue to plague the planet. Additionally, extreme climate events exacerbate the situation.

Here are 5 main results promised by countries compared to reality:

At COP 26, countries promised to review and revise their operational plans to reduce emissions. So far, only 24 out of 193 participating countries have shared positive results. Left either not shared or the results are even worse.

By 2030, global emissions are expected to have to be cut in half in order to keep Earth’s temperature from rising above 1.5 degrees Celsius. However, compared to 2010 figures, this number has actually climbed by 10%. 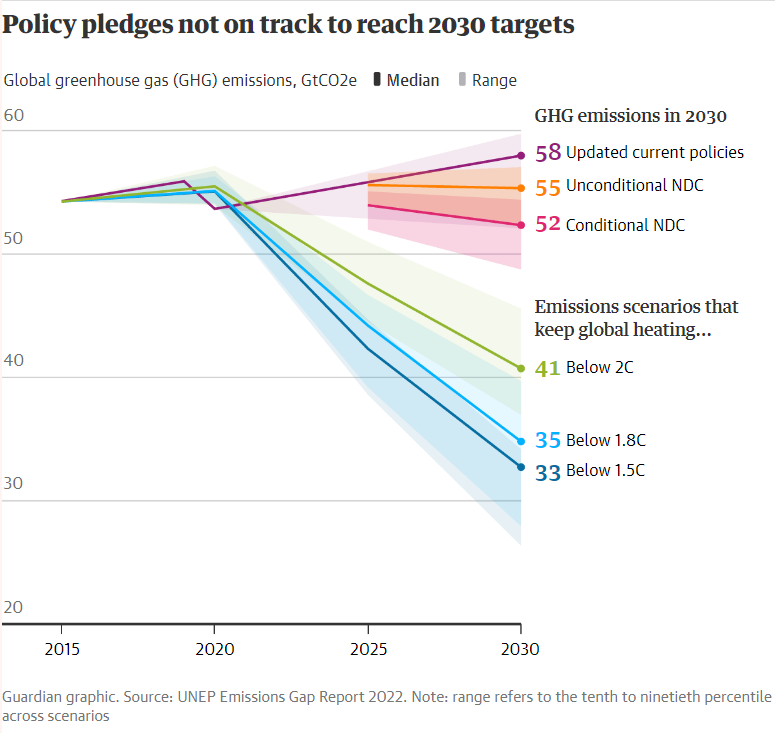 There are 88 parties, representing 92 countries that account for 78.6% of emissions that have agreed to the goal of reducing emissions to zero. Of these, 74 countries officially agreed, the remaining 7 countries have only stopped at the level promised to reach 2050. At a time when scientists calculated that the whole world must reach zero emissions to avoid climate change-related disasters.

At COP26, Vietnamese Prime Minister Pham Minh Chinh declared: “Despite being a developing nation that has only recently started to industrialize, Vietnam will develop and implement measures to reduce greenhouse gas emissions even more strongly with its resources, as well as the assistance and support of the international community, both in finance and technology; including implementing mechanisms under the Paris Agreement to achieve net zero emissions by 2050. Vietnam has a strong commitment to and ambition for the goals of sustainable development. 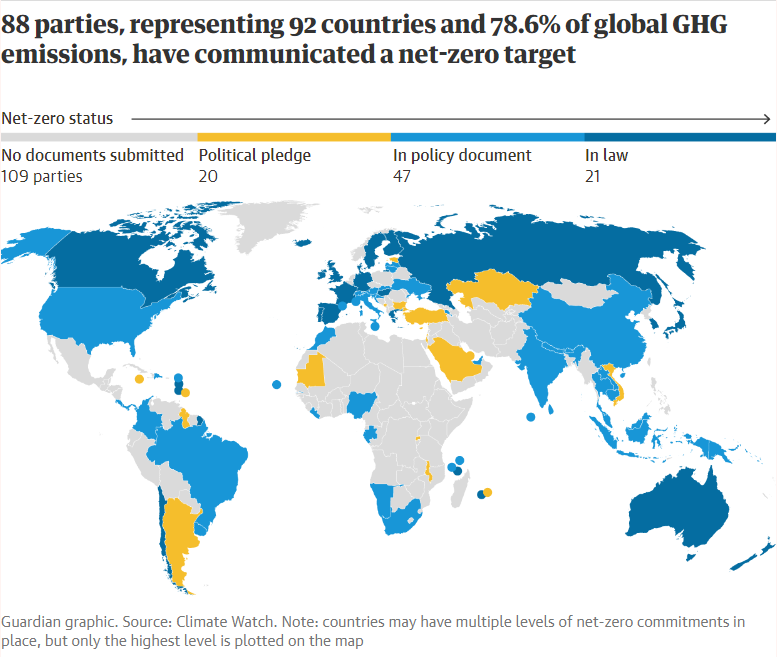 The $100 billion mark has been used as a benchmark for affluent countries to enable developing countries to combat and mitigate the negative consequences of climate change, notably to help reduce the use of fossil fuels, not since COP26 took place last year. According to the Organisation for Economic Co-operation and Development (OECD), wealthy countries have not done enough and are short by 17 billion USD as of COP27, which is scheduled to take place in July 2022. Only $21 billion, or 70% of the total, has been transferred, according to Oxfam’s assessment. 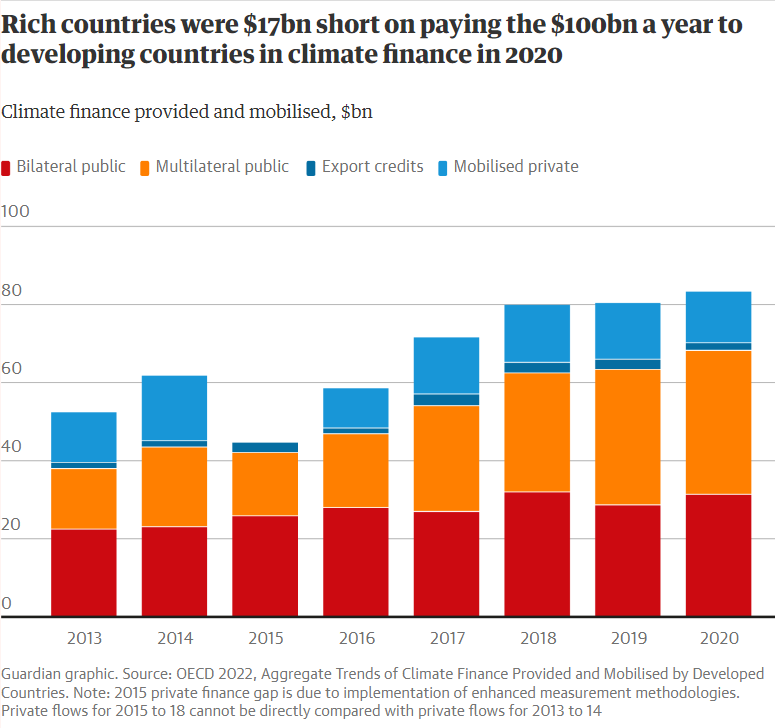 103 nations committed in 2022 to bringing methane emissions down from 30% in 2020 by the end of the decade. 19 more nations joined this emissions reduction effort in the last year. It is well recognized that the main sources of methane emissions are farming and oil and gas development. However, the highest-ever methane emissions were recorded in the year 2021. 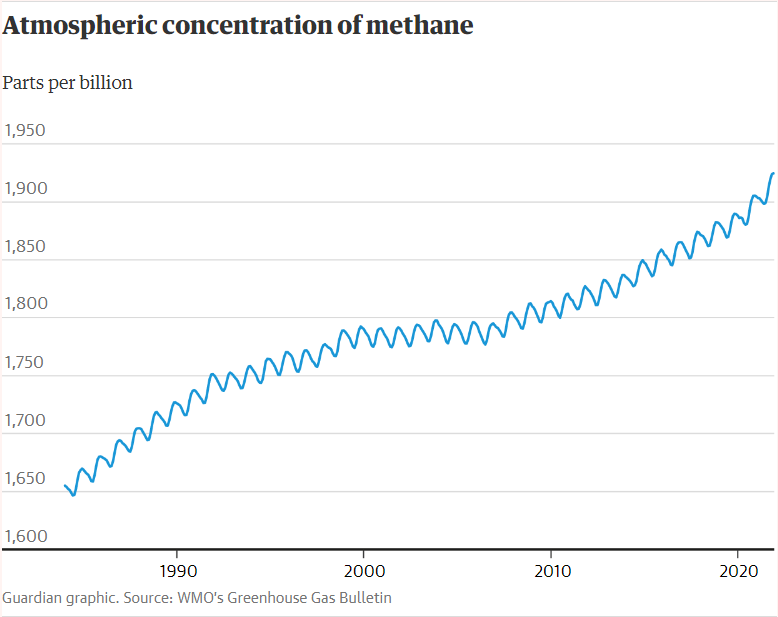 5. Reducing the rate of deforestation

145 nations agreed to halt and reverse deforestation by 2030 in Glasgow in 2022. According to estimates, 7 million hectares of forest would have been lost by 2021 because tree planting efforts have not been able to keep up with the rate of deforestation. 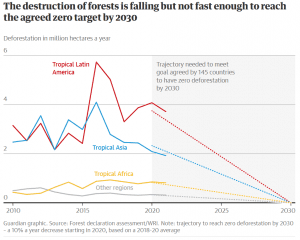 Although the countries made significant pledges, it is clear that some of the objectives stated at the last Conference have not been fully achieved during the current COP 27 period. It must be emphasized time and time again, nevertheless, that the world is accustomed to utilising natural resources for manufacturing. Additionally, changing energy sources or reducing emissions cannot be accomplished immediately.

Additionally, certain nations, like Vietnam or New Zealand, have demonstrated their determination to carry out written or spoken agreements and accomplish specific objectives.

Within the framework related to sustainable development goals, as a turn-key EPC and O&M for top high-yield solar rooftop PV system at both national-wide and internationally, Tona Syntegra Solar will participate in the Green Economy Forum & Exhibition 2022 taking place at the end of November 2022 in Ho Chi Minh City. By registering and following the instructions here, customers and partners can visit our booth at this event to disscuss about solar solutions.

Update on Power Development Planning VIII (PDP8): “Rooftop solar power is recommended to be installed for self-use purposes, not sold to the grid.”